Wow - our You Tube video of "Government" has now been viewed more than one thousand times!  (And no, we haven't been watching it ourselves over and over again, like some scene out of "A Clockwork Orange", to artificially inflate the numbers!)

It's been a long time since we first posted the video, and even longer since the song was recorded.  (At that time it took three people with both hands on the mixing board controls, over and over until it was just right.)


Government wants low taxes for the richest 1%, who will then create jobs for the other 99%

For Perry, Private Jets Have Been Key to Public Job

Jon S. Corzine, the former governor of New Jersey, stepped down as chief executive of the bankrupt firm MF Global on Friday, and will not seek his $12 million in severance payments

Bleak Portrait of Poverty Is Off the Mark, Experts Say
Just as I suspected - things are pretty much the same (or worse).  And I still feel sorry for the government.  Although that last item sure makes me feel a whole lot better; how about you?

A true-life story from my sketchbook: 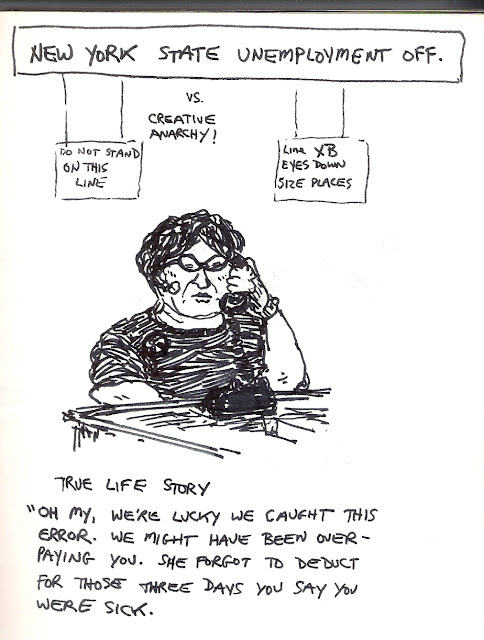 - Mike
Posted by New Middle Class at 8:08 PM No comments: