We're proud to announce that "Television Sky" was named a Finalist in this year's contest.

Check out the way the results are listed... they are not in alphabetical order, and "Television Sky" is 2nd in the list of finalists.  Could it be? - I interpret this to mean that it was the 2nd runner up, really really close to being the AC category winner.  Either that, or finalists were keyed in random order by an unpaid intern.


P.S.  [1/2/2014]  For some reason we never got the prize info, and when I eventually sent a follow-up email, they responded, "Congratulations on your Finalist position.  We remember the song Television Sky well and it was a favourite with the judges."

(And you know this was a legitimate comment because they spelt "favourite" the British way.)

Posted by New Middle Class at 8:20 AM No comments:

I'll bet that Ken Galipeau gave up on hearing from us a long time ago.

Back in 1999 we played a brand-new song, "Anatomy of Love", at the Hillside Cafe in Nutley, NJ.  We had no idea if people would find it funny, but by the end the audience was laughing uncontrollably.  So were we.

A couple of weeks later we got a package from storyteller/singer Ken, who was at the show.  It contained a blank audiocassette and a note requesting a recording of the song.  He wrote, "It is just the type of song I love to perform (those that walk the line between sweet and twisted) and will be great for the Folk Project Valentine's Day show next year."

That guy's got a lot of nerve, I thought.

Maybe if he had enclosed a $5.00 bill we would have done a quick recording, but that didn't happen.  For all these years Valentine's Day has been less joyous than it might have been.

We finally finished the recording (and video), just in time for Valentine's Day 2013.  I'd recently unearthed Ken's package (I save everything!), and thought it would be funny to send him a surprise.

I found him on facebook and sent a cryptic message asking for his current address, which he gave me - what a trusting soul!

He's probably looking at the new CD, scratching his head and thinking about time warps.

Me too.  We'll be playing at the Hillside Cafe on May 18th, for the first time since 1999.  (We're playing as SongLand, featuring Carla Ulbrich, Joe Giacoio and Dan Pelletier.)

"Anatomy of Love" is now available for download at CD Baby, iTunes, and lots of other places.  It features jazz pianist Lonnie Leibowitz, with drummer Bill Morris, and sounds real smooth.  Also, here's a fun You Tube video.

Time to finish up some more recordings!  (But what can I do with that blank audiocassette?) 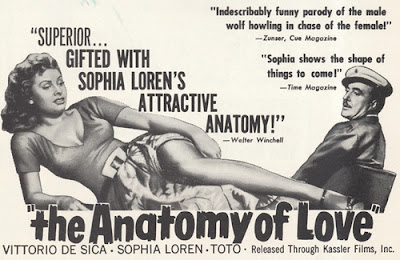 Posted by New Middle Class at 10:12 AM No comments: