Or maybe that should be, "I Was Reborn".  Hmm - there's an interesting idea for a song...


Anyway, all sorts of stuff seems to  accumulate on shelves, in filing cabinets, on disks and cassettes (!) and in my head, and it might be all right to share some of it.

My idea for this blog is to do more or less the same spontaneous thing we do on stage (minus the songs).  So I envision writing my entries, and when the spirit moves her, Barbara will respond, react, or just go off on her own.  I wouldn't attempt to predict what she will blog about - except that you should not expect her to post the recipe for her famous cheesecake.

And replies/comments from you, Gentle Reader, are strongly encouraged.  I'd love for this to evolve from a blog into a conversation.

I've been putting the final touches on a recording of our latest song, "Another Life", which we expect to release within a week or so.  (I guess this would be the 2nd song in the trilogy "I Was Born" / "Another Life" / "I Was Reborn".)

Every so often, songs or parts of songs come to me in dreams.  Usually, by the time I wake up and try to capture what I dreamed, most of it is gone and I might remember bits.  Or sometimes it turns out that what seemed so original was actually a song I've heard before.  Like the time I wrote "Yesterday".

This time, it was just a line: "The world is in a simple, everyday household mess".  Oh, great!  Now it was my job to figure out what that could possibly mean.  I was pretty sure it wasn't about a new foaming cleanser.  Well, it's true, the world really is a mess, and every day there's a new one.  What's a person to do?

The more I thought about it, the more depressing it seemed.  So that settled it - I had to write a song that was catchy, tuneful and upbeat, so you might not notice until you find yourself singing along that it's one heck of a depressing song.

Or maybe it is hopeful after all - depends how you look at it.

My idea of fun: toss in a bunch of references and influences, including Brave New World, offshore oil spills, Harold Rosenberg, God's promise to Noah, that ad with the polar bear floating on a bit of ice, the Nazi party (not really, just kidding), the Beatles single Hey Jude / Revolution, and one of my all-time favorite songs, "IGY" by Donald Fagen (of Steely Dan).

More about this later.

Maybe it would be nice to close out this post with a drawing from one of my old sketch books: 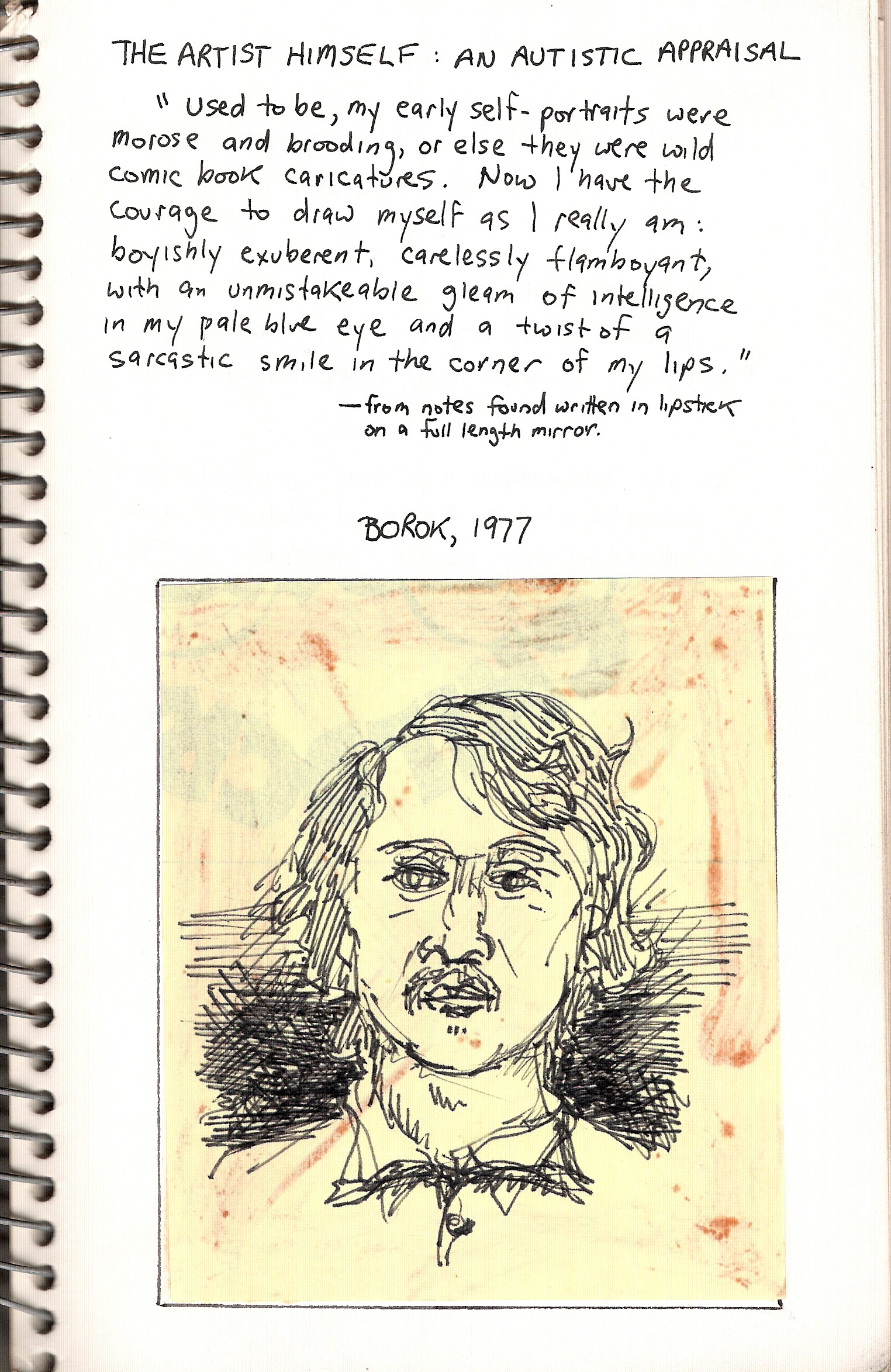